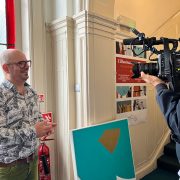 The Italian Fusion Festival will host a TV crew of the Italian TV program “Little Big Italy” this evening. The TV crew interviewed the festival coordinators at the Italian Institute of Culture this morning. The scenes recorded at the festival and the interviews will be part of the TV show and more precisely of the section of the TV show “Italians in the city”, where events and activities of Italians abroad are shown. Little Big Italy is an Italian television program produced by Magnolia and broadcast by Nove (part of Warner Bros. / Discovery). The TV program is led by restaurateur Francesco Panella, who visits a different city for each episode in search of the best Italian restaurant.

At the festival, we will host also Declan Cassidy and his crew. Cassidy is making a television documentary about the Italian community in Ireland. The director of the festival Maurizio Pittau was interviewed by Declan as well at the Near FM radio studios.Declan Cassidy is a director and producer in Irish film and television. A founding member of the Irish Film and Television Academy (IFTA Awards), Declan Cassidy began his film career in the documentary genre and in 2021 Cassidy founded EurAV European Audio Visual CLG, a not-for-profit company that works to promote media literacy, climate action and social inclusion through community media provision and training. 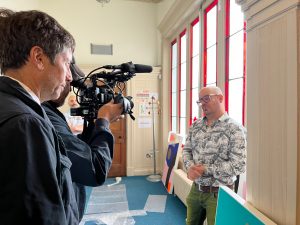 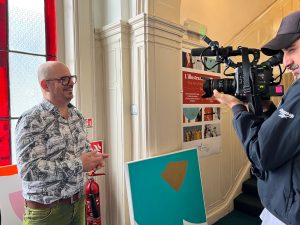 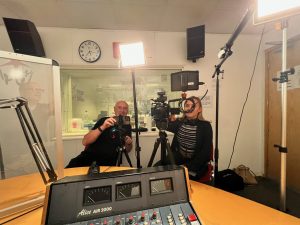