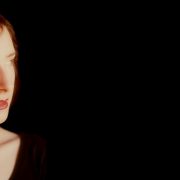 We are happy to introduce the Ethereal Jazz part of our lineup. This year the Italian Fusion Festival presents Maja Elliott Ensemble.

Maja Elliott’s music takes you on an ethereal journey through Debussy-inspired landscapes infused with classical improvisation, nordic modern jazz, ethnic rhythms and Irish overtones. Maja Elliott is a pianist, singer and composer. Her music incorporates classical, modern jazz, ethnic music and improvisation. She has been featured on Lyric FM on the Blue of the Night. She toured and recorded for 10 years with the performance poet David Tibet of Current 93 and performed alongside Will Auldham and Anohni who wrote, “Maja’s piano playing has touched me. She is so expressive, holding notes in fearless witness to subtle emotions.” She has written music for film soundtracks and co-composed music and played the piano for the film Native with Patrick Bergin.

Ben Prevo was born in Manhattan N.Y. and has been playing gigs and writing and recording songs and sounds for forty-plus years. Guitarist and vocalist Ben brings the integrity and emotional honesty of The Blues to his genre-hopping repertoire of original songs and covers.  Known for his quirky style and use of dynamics, Ben has played at many festivals and venues thru the years – The Dublin Temple Bar Blues Festival, Monaghan Harvest Time Jazz Festival, Cork Jazz Festival, The Clifden Arts Festival… and more. Ben has played prestigious venues such as the Ulster Hall, the Gaiety, and the Apollo Theatre; and cities from Munich to San Diego to Woodstock New York. He’s also featured and performed on national and regional Irish radio & TV and Regional New York and Polish TV. He has released four albums—two studios and two lives—and has appeared on several compilations.

Petar Krivitsky is a Bulgarian multi-instrumentalist playing electric guitar, double bass and bass guitar. Currently, he is studying at DCU in Jazz and Contemporary music studies and performing both guitar and double bass. 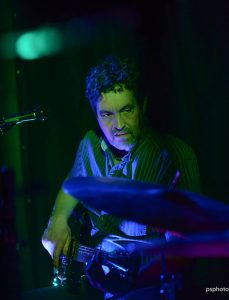 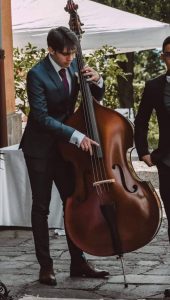