The Italian Fusion Festival is the biggest Italian Festival in Europe. The third edition will take place on the 13th of July 2019 from 7 o’clock ’til late at BelloBar, Portobello Harbour, Dublin.

The multicultural and multidisciplinary arts festival is organised by Radio Dublino, the only Italian language Irish Radio programme, running since 2013.

The festival aims at promoting cultural exchanges between Italy and Ireland through several bands based in Ireland whose music is the result of the collaboration between Irish and Italian musicians. The participating bands have performed on Radio Dublino shows and offer an exciting overview of the latest music trends in the Dublin scene.

This edition of the festival is dedicated to Jazz, the most fusion music of all genres in which Italians are excelling! The music will be accompanied by videos, poetry reading and a glass of prosecco included in the ticket. 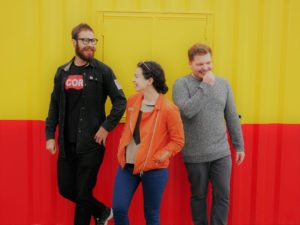 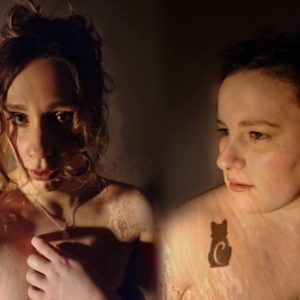 The Jones Way is a project born in Rome in May 2012, from Silvia Segatori and Annalisa Bruschini. After hundreds of gigs around Rome, they decided, in 2015, to move to Ireland; through the years based here they had the chance to play in important venues in Ireland and in Germany. With their abilities and thanks to in-depth music studies, they re-arrange released songs in English and Italian in a unique style. They can ranging from the most classical Standard Jazz to the legendary Pop-Rock and latest releases in the Bluesy-Swing way and, eventually a glance at the modern and Fusion Jazz with their personal touch just guitar and voice.

The artistic development of The Jones Way, make them bring on stage a performance with a “Bluesy Swing” taste. The Listener can relive a typical essence of ’30/’40 jazz, blues and swing – thanks to Silvia’s characteristic voice powerful and coloratura able to swing quickly through her vocal range -, with a particular ensemble of the typical soul and pop sound – thanks to the essential acoustic arrangements with delicate and accurate Annalisa’s touch on acoustic guitar. 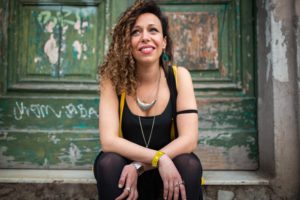 Luisa Annibali is an Italian born singer and songwriter living in Dublin.

She started to sing when she was just 2 years old and at the age of 7 she started playing piano. Despite this it took her time to fully understand that music wasn’t just her hobby.

As a matter of fact, after high school, she studied Law.

During her legal studies, she kept taking vocal classes and attending different Jazz, Blues and Musical Theatre Workshops in Rome and working part-time as a singer in bars and clubs, and at private events.

As soon as she graduated, she worked in a law firm.

Once she moved to Dublin, she started playing guitar and composed her own original music to definitely realize that her career needed to change.

Two years ago she made an application and successfully entered the Newpark College, now DCU  “Jazz and Contemporary Music Performance” (Berklee Programme).

She deeply believes in the THERAPEUTIC POWER OF MUSIC!

Currently, she is performing at different bars and venues around Dublin and back in Italy. Just last summer she performed at the “Tolfa Jazz Festival”.

She is also working on her first album which will be released next year. 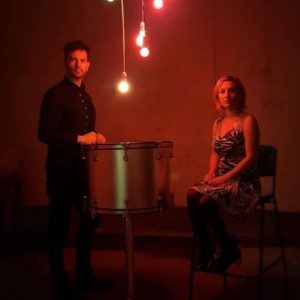 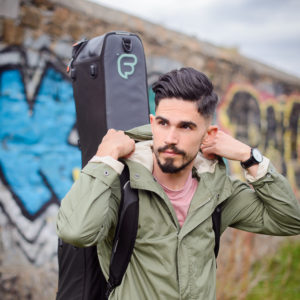 Their longstanding collaboration is quite evident in the original material that the band presents.
The band recorded their first album in March 2019.

Julien has collaborated with many of Ireland’s finest jazz musicians, his professionalism, his ductility and his dedication to music has made him one of the most hired guitarist in the Irish scene. At the moment he’s actively involved in these projects: the Julien Colarossi Quartet,Francesco Turrisi Trio, Phisqa, the Riona Sally Hartman’s Band, Edel Meade Quintet, the Hot House Big Band. 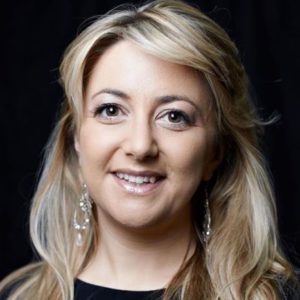 With a wealth of experience and having trained in both London and Ireland, vocalist Laoise Leahy (Née O’Hanlon), has developed into one of the most accomplished, versatile and in-demand singers on the Irish jazz and pop scene. Laoise has performed and recorded with Bon Iver (4AD), Gilbert O’ Sullivan and the RTE Concert Orchestra, Damon Albarn (Blur/Gorillaz), Brian Deady (Decca Universal), Efterklang (4AD/Rumraket records), Mary Coughlan (Rubyworks Records), Niall Mc Cabe Band, Jack O’ Rourke and Waiting Room in addition to varied theatre, commercial & studio sessions.

As lead vocalist, Laoise performs as jazz vocal soloist with many bands and large ensembles such as The Paul Dunlea Big Band / New Irish Jazz Orchestra, Hothouse Bigband, Cork Concert Orchestra, Cork Pops Orchestra, Opus Pocus Big Band among others and has toured with theatre companies throughout Europe. She is an avid songwriter and has had original music released by a UK independent record label and internationally broadcast on BBC, RTE 1, Sky Showcase, RTE Lyric Fm, Newstalk, RTE Pulse, Bath fm and Today FM among others. She has performed at many festivals including Electric Picnic, Cork Jazz Festival, Limerick Jazz Festival, Sproi fest and many more. Laoise is passionate about vocal education. She graduated BMus (‘Vocaltech’ London College of Music, London 2004- 2007) and MA (Cork School of Music 2008 – 2010) with 1st class honours degrees and top overall performer awards from both institutions. She co-founded Corks first specialist vocal tuition centre ‘Voiceworks Studio’ with colleague Gemma Sugrue and currently enjoys lecturing full time at the Cork School of Music, specialising in pop and jazz vocal performance on the BA, BMus and MA degree courses.

“Corto | Italy and Ireland in a snapshot”.
The short film competition has been an integral part of the Italian Fusion Festival since its start.

The aim is to offer a spotlight to film-makers in town ready to showcase their works.

Submission period: from 1st May to the 15th June 2019. The length of the short movies can be up to 10 minutes.

The jury will select the finalists during the month of June and they will be projected on the 13th July during The Italian Fusion Festival in BelloBar, Dublin.

The winner will be announced during the event and will be awarded with a plaque and a small cash price.

The finalists’ works will be spread through different platforms, such as the webpage and social networks. 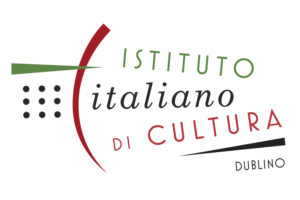