MISS PHOENIX AND THE JAFFA CAKES 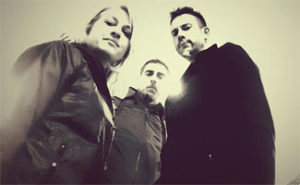 Miss Phoenix and The Jaffa Cakes is an original brand new band (since February 2016) based in Dublin, that turns world famous songs into different unique versions, mostly jazz, swing, blues. All the performers are Italian, two of them from the same origin. They met by coincidence in Dublin and after a jam session decided to work together.

THE JAFFA CAKES combines unique flavour and versatility, mixing different styles and genres to create their own sound.

Started as a standard jazz duet (piano and vocals), they found this new way to perform almost as a joke, but given that the result was unexpectedly remarkable, they decided to leave the standard jazz project and create THE JAFFA CAKES. 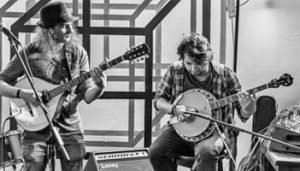 The SteamFolk were born in front of two pints of pale ale in Dublin town on November 24, 2015, in the pub within the hostel where the two founders were spending a short holiday.

After deciding to move to Ireland, Andrea Facco (multi-instrumentalist and songwriter with many collaborations with important names of music business behind him) and Enrico ”Billy” Pera (former architect with a passion for folk muic and ethnic instruments) gave life to a project whose purpose was to revisit the Irish and Italian traditional music inheritance, adding some original and unreleased tunes and merging them together with acoustic instruments.

Traditional Dances from the South of Italy 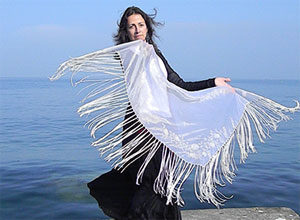 Eliana’s multicultural fusion project was born in Ireland in 2009, which for her has been a place full of creative vibrations, with the aim to reawaken in our modern society the ancient human instinct to express oneself through the movement of the body, enabling a communication without words of deep values that seems destined to disappear.

Eliana Valentini teaches Italian Traditional Dances from the South of Italy in Dublin (Pizzica and tammurriata). Her creative project in Ireland called Infinitwirl includes also other dances with the aims to promote multicultural exchange, experimenting new ways to express ourselves through modern or traditional dances. 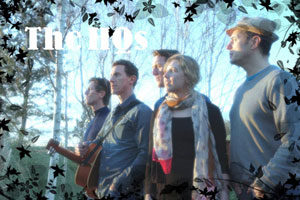 The HQs are a blood harmony family folk band, consisting of siblings George, Mark, Paddy, Marian and a  brother from a different mother John. The HQ’s have developed their own combination of folk blues and hillbilly funk to form a unique harmonic sound that will blow your mind…

BALLAD OF ADAM AND EVE 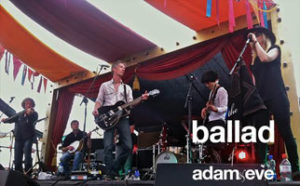 Stu’s previous band Yukina was described by Hotpress as ‘Ireland’s answer to Alabama 3’. He has played with Cathy Davey, mixed Republic Of Loose, edited drums for Mundy and is a member of the Salty Dog Allstars, the classic album band who grace the Salty Dog Stage every year at the Electric Picnic.

The story of The Ballad stems from one early springtime when two boats were built in France to be delivered from French waters to Turkey. Not a luxury cruise, not a holiday. No stopping for pleasure, only to hide from bad weather and stock up on provisions.

Three Irishman on a sailing vessel they named Eve crossed the western Mediterranean into the Tyrrhenian Sea to the Aeolian Island of Lipari. Onward they travelled under an erupting Mount Etna through the Messina Straits into the Ionian and eventually crossing the Aegean Sea to the coast of Turkey.

Eve was joined by Adam on their heading east to Eden. In the Turkish port of Fethye, two identical boats awaited the worn out crews. Eve became Farceur, the jester, Adam the Bienvenu. These boats had to leave Turkish waters, headed for the company headquarters in Greece. Four thousand sea-miles, thirty five days aboard, Stu kept a journal. ‘It’s another world out there!’ 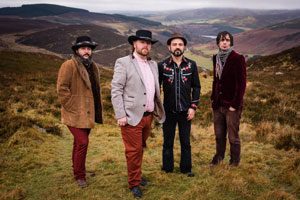 Mongrel State is a rock’n’roll band like no other: four musicians from four countries with a shared love for stomping tunes, harmonies and cinematic sounds. Their explosive live shows are not to be missed

Mongrel State is a four-piece band from Dublin with a sound that incorporates a wide sonic palette – from Rockabilly to Rock, Latin-American grooves and Cinematic Western Scores. Aside from their unique songwriting, what really sets them apart is the fire, commitment and energy that goes into their live performances. The members come from all over (hence inspiring the “Mongrel” of their title): Claudio Mercante – guitarist and vocals, from Italy; Darren Flynn – bassist and vocals, from Ireland, Sebastian Jezzi – drummer, percussionist and vocals, from Argentina and Guillermo González Rodríguez – pianist and vocals, from Spain. They have been drawn together, almost as if by fate, each bringing with them their own individual sound, to make up a whole which is definitely more than the sum of its parts.

Italian artisan food will be available to delight the palate of music enthusiasts in an informal setting where we hope people will have an opportunity to meet new and old friends.

Italian videos will be on the screens in the beer garden where we hope people will have an opportunity to meet new and old friends.

During the Italian Fusion Festival there will be an exhibition of vintage Vespas outside the venue. The iconic Italian design motorcycle will welcome music lovers in an authentic Italian atmosphere!